Fossils of the alpine Hettangian

The telum is large, spindle-shaped and slender. It thins remarkably quickly adorally (towards the mouth). The top view is symmetrical and spindle-shaped. In profile the telum is clearly asymmetrical, more convex on the ventral side than on the dorsal.
An apical angle cannot be measured because the telum tapers rapidly and somewhat rounded towards the tip.
The cross-section of the telum is mostly oval, only in a few places circular, thus mostly clearly compressed. A. alpinus reaches its greatest thickness behind the middle (at the latest at the middle).
The telum is completely smooth, without sculptural elements. Spindle-shaped depressions occur, the purpose of which is not yet clear. There are specimens where the transition to the phragmocone is preserved: the diameter slowly increases again and chambers are clearly visible. We assume that other phragmocomes with the same opening angle can also be placed with A. alpinus. Mojsisovics already grouped Tela with corresponding phragmocones to Aulacoceras liasicum.
Atractites alpinus is particularly common in the Lienbach Subformation above the marmoreum crust, although not in all profiles. It is therefore possible that, on the one hand, A. alpinus has reached its maximum abundance or, on the other hand, that the living conditions for coleoid cephalopods were particularly favourable at the time in some areas close to the reef.
The species first appears just below the marmoreum crust in the horizon of Alpinoceras haueri.
Remarkable is the very large diameter of some phragmocones (even larger than in the lower Hettangium) that can be found. Chamber parts with a diameter of 6.5cm are possible. Provided it is the same species, one can conclude a total length of telum + phragmocone of at least 70-120cm! Mojsisovics already mentions tela with 22cm length. One with over 30 cm is pictured here by us.
The specimen illustrated in 1871 by Mojsisovics on Taf. IV, 4 shows a pathology, the cause of which is not clear. At first glance, it looks like a tectonic offset. Mariotti & Pignatti have re-described the original as "Atractites sp. 2 aff. A. alpinus Gümbel (1993, Taf. 2, 1-2).
A telum with identical growth has been found in the Karwendel Mountains! It is also pictured.

* Description according to Mariotti & Pignatti (1996), supplemented

Atractites jeletzkyi is rounder in cross-section and reaches its greatest thickness from the middle or towards the front end.
The telum of Atractites alpinus is basically thicker and the tapering at the apical (posterior) end is faster compared to the predominantly less large tela of A. jeletzkyi.
The top view and profile of A. alpinus are clearly different from those of A. jeletzkyi.
Atractites jeletzkyi also occurs much earlier (in the Lower Hettangian).

We would be happy about a small donation to our coffee fund. This will help us to cover the running costs of hettangium.de and to stay awake while we work. Thank you for your support :)!

Do you have questions, suggestions, complaints, criticism, topic or improvement requests or cooperation proposals? Then write us a few lines and we will take care of your request as soon as possible. 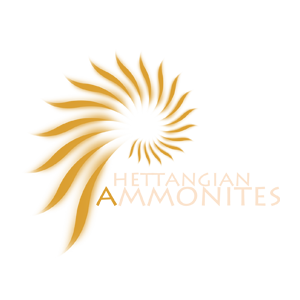